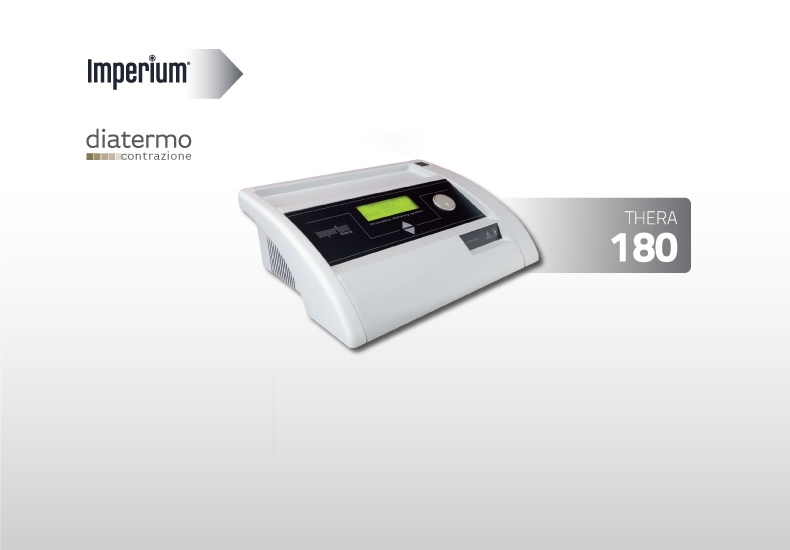 Radiofrequency power up to 180Watt

Imperium Thera 180 - Portable system, dedicated to the physiotherapic treatment of the body, in a zonal and segmental way, through the emission of the energy flows (radiofrequency) that develop endogenous heat (diathermy) and allows targeted and diversified rehabilitation therapies.

Imperium Thera 180 - owes its effectiveness to the combination of energy forms that, when wisely associated, integrate and harmonize the treatment through a non-invasive method ensuring a safe therapeutic efficacy capable of results that are:

An innovative and up-to-date physical therapy that is particularly effective in painful osteo-articular and muscular diseases, capable of activating the selfrepair mechanisms of the body, without the direct application of electrical current on biological tissues but only with the activation and stimulation of the ionic charges of each tissue.

The free electric charges present in biological tissues are attracted and rejected by the electromagnetic flow, up to 1 million times per second (excitation currents), generating endogenous heat by these oscillations (the principle of the capacitor) at different depths in the tissue depending on the type of actuator used, the application time and the amount of energy delivered.

(Out of Production - accessories and maintenance only or customized production)
JW_PLG_SIG_PRINT_MESSAGE:
https://www.breramedical.com/home-en/physiotherapy/thera-180-physiotherapy#sigFreeIda36fa22363

ACTIONS/EFFECTS OF THE DIATHERMY WITH IMPERIUM THERA 180

Neuro-Muscular Action
Muscle relaxant effect (muscle trophic, decontracting and relaxing effect on the superficial and deep muscles, of smooth and striated type ones).

Neurotrophic Action
Regenerating and repairing effect (on all tissues with increased permeability, removal of catabolites with anti-inflammatory and anti-edema response).

Pain Releasing Action
Analgesic and desensitization on pain effect. Reduction of the sensitivity of the trigger points, release of endorphins, increase of the pain threshold, disactivation of the nociceptors.

The device is equipped with the TSL (Thermis Saturation Level) a system of thermal sauration. Each handpiece is able to detect changes in temperature increases until it reaches the target temperature limit programmed. This device is useful to detect that exact amount of electromagnetic energy was applied as intended by the pre-selected program.

More in this category: « Imperium MED 300 Imperium ONE »
back to top

The data, images and so described does not assume contractual value and can be changed at any time without prior notice. 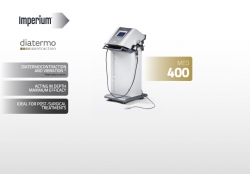 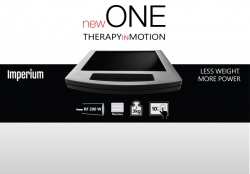 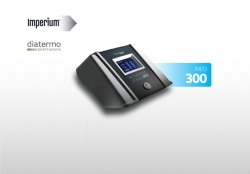 Stay informed about our activities and events on social networks

keep in touch Sign up for our newsletter and stay in touch with news and events of Brera.

We develop and manufacture medical
devices for the market of professional
and physical medicine and rehabilitation.
We are a recognized pioneer and leader
in the worldwide medical aesthetic and
physiotherapy