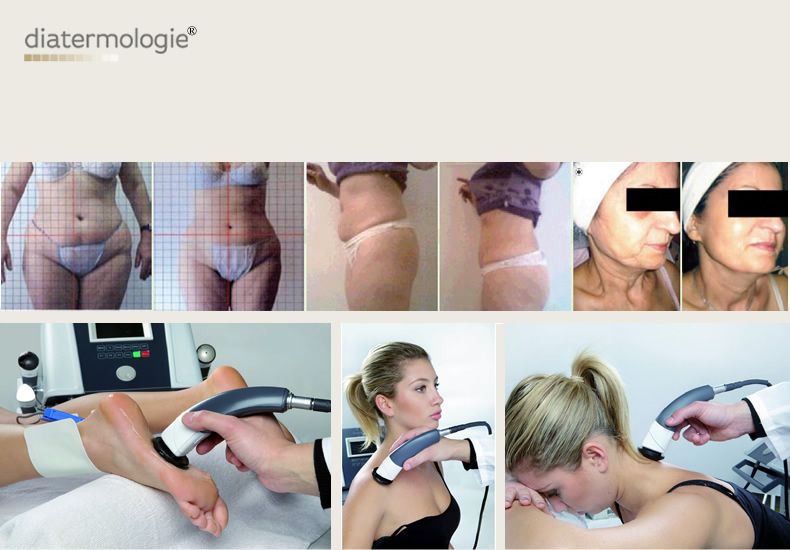 Diatermologie is the new frontier that studies and exploits the curative effect of the heat, unlike other forms of thermotherapy it acts in depth because the heat is generated directly within the biological tissues.

Not only the heat produces therapeutic effects but also the bioelectricity of this form of energy. In fact, even in athermal mode, it has the ability to reactivate cellular metabolism and eliminate toxins, accelerating the healing process.

Due to its physical principles, the Diatermologie demonstrates the capabilities of electromagnetism transforming into radio frequency and thus penetrating biological tissues. It irradiates from the surface down to deeper and deeper layers, like no other form of physical therapy, exercising its effectiveness in different parts of the body such as muscles, adipose tissue, connective tissue, skin and bone.

The physical model referred to as the resistive and capacitive diathermy, also used by the research laboratories of Brera Mecical Technologies, is the capacitor. The latter is a device consisting of two conductive elements placed as opposed to each other and separated by a thin insulator. Because of the mutual attraction between opposite charges there is an increase of charge density in the vicinity of each item, a phenomena that occurs when these are connected to an electric generator with a difference in potential. As the capacitor builds up charge the current is reduced to zero when the system is loaded. If the polarity of the generator is reversed, there will be current in the opposite direction that will load the system with opposite polarity to the previous one. Transferring and applying the concept to biology, we will have a capacitor made ​​of: a) an insulated metal armor (active electrode) connected to a high frequency generator, b) an armor made from the biological tissue which represents a conductor of the second type (electrolytic) and c) a return electrode which is also connected to the generator.

In a biological tissue subjected to electromagnetic waves by radiofrequency there will be a movement and a prompted ionic activity with a consequent endogenous thermal effect. This is closely related to the currents that move from the periphery and are activated in the area below the electrode being projected towards the reference electrode, acting in depths up to several centimeters depending on the type of electrode used. If the active electrode is provided with electric insulation, the energetic transmission occurs in capacitive mode: in a superficial way with a selective action on soft tissues, rich in water content, such as adipose tissue, muscle, venous lymphatic system, cartilage.

However, if the active electrode is not provided with electrical insulation the energy transmission occurs in resistive mode, with a concentration of ionic charges in the vicinity of the tissues with the highest resistance, low water content and deeper, such as bone, the capsules, tendons, muscular fascia.
The consequent effect of diathermy energy on the tissues is an intense focused biostimulation deriving from the heat produced.

The main effects of the biostimulation are:

The electromagnetic heating allows for a more gradual and uniform temperature distribution, which can also act in depths of several centimeters otherwise not accessible by other physical means applied from the outside. Imperium Med 400 is the ultimate expression ofDiatermologieand,unlikeMarconitherapy thatuseselectromagnetic wavesto 27MHz, it useselectrical fields at arelatively low frequency,between0.300and1.000MHz. Find out more about the Imperium Med in the Products section. 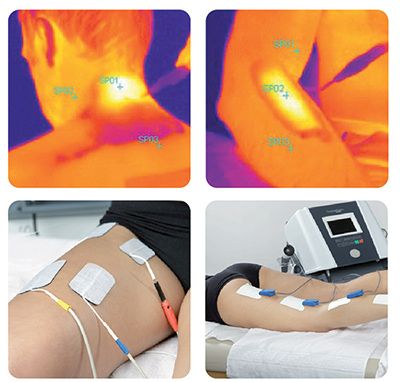 More in this category: FisioEstetica - Linea Imperium »
back to top

Stay informed about our activities and events on social networks

keep in touch Sign up for our newsletter and stay in touch with news and events of Brera.

We develop and manufacture medical
devices for the market of professional
and physical medicine and rehabilitation.
We are a recognized pioneer and leader
in the worldwide medical aesthetic and
physiotherapy